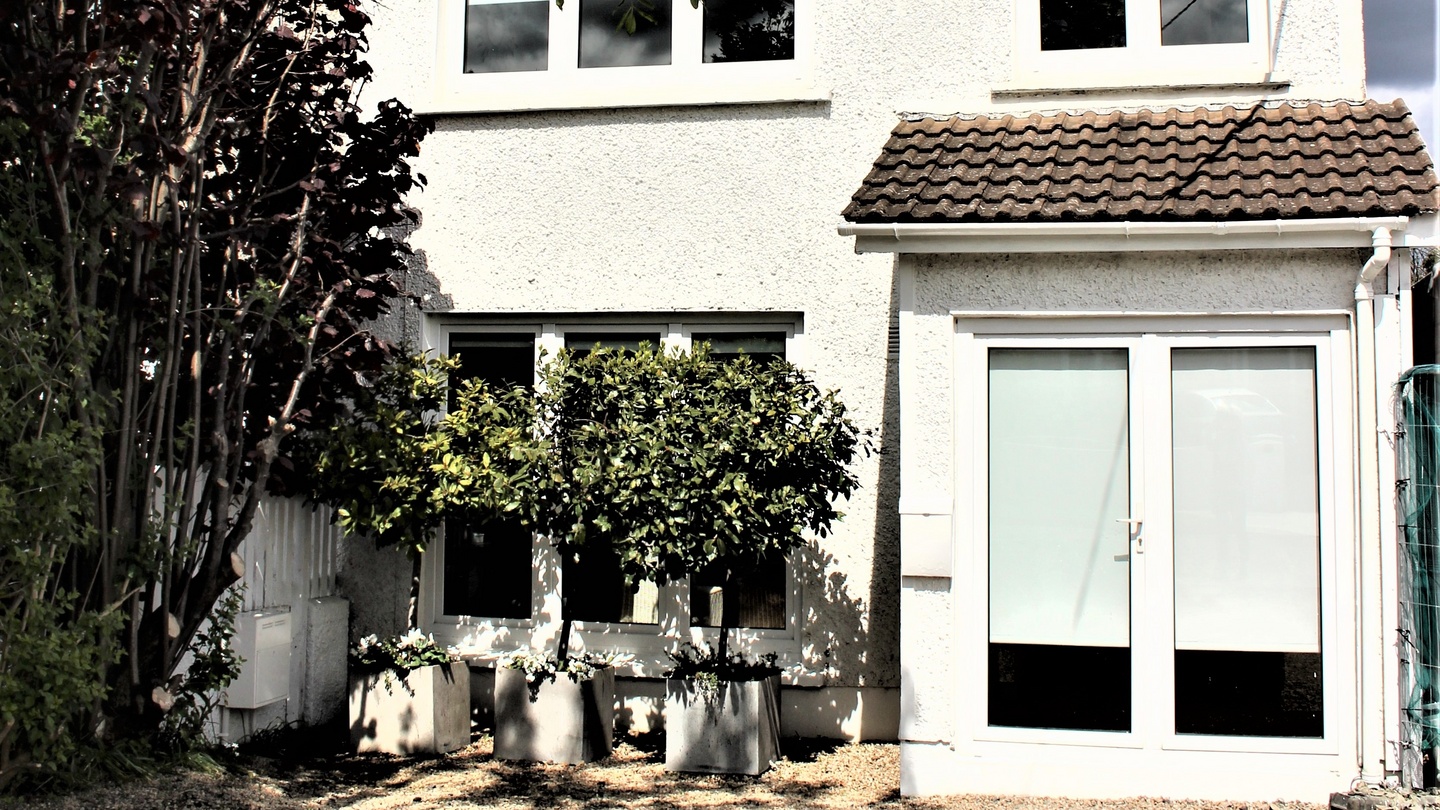 The boom in this so-called shale-gas production has allowed the United States to become almost self-sufficient in natural gas. Europe, by contrast, is clearly lagging. Exploration is proceeding only hesitantly and shale-gas production has not even started, prompting many to lament that Europe is about to miss the next energy revolution. Should Europeans be worried? There is a huge difference between potential deposits hidden somewhere in large shale formations and recoverable reserves that can actually be produced economically. In fact, estimates by the International Energy Agency suggest the most significant recoverable reserves of shale gas are in the US and China, not Europe.

Moreover, even these estimates are really not much more than educated guesses, because only in the US have shale formations been subject to intense exploration.

This process is starting in Europe only now. But pro-fracking critics of the EU miss a second point: The EU has no authority over the development of shale gas in Europe. Licensing and regulation of exploration and production are decided at national level.

While it might be true that Europeans are too sensitive to environmental concerns, incentives also play a role. In particular, whereas ownership rights over natural resources in the US typically belong to the individual owner of the land under which the resources lie, in Europe ownership belongs to the state. As a result, Europeans, facing uncertain environmental consequences while receiving none of the revenues, tend to oppose fracking nearby. In the US, by contrast, local residents benefit handsomely from being able to sell their ownership rights to gas companies — a strong counter-balance to fears of environmental costs.

Another seldom-mentioned reason is that shale-gas development in the US has benefited from important tax incentives — a model that Europe has no reason to emulate. Governments have a role to play in supporting the development of new technologies, such as fracking, but once the technology has been developed, there is no reason why one form of gas production should be subsidised via tax breaks. However, the most crucial — and almost always overlooked — point about fracking is that shale gas, like all hydrocarbons, can be used only once.

The real issue is thus not whether shale gas should be developed in Europe, but when it should be used: Today or tomorrow. Europe is already a heavy user of gas, but its consumption is stagnating along with its economy. Despite the hype about the shale-gas revolution, the extraction cost of onshore conventional gas remains below that of shale gas.

Moreover, an existing pipeline network implies that this conventional gas can be brought to Europe at a low marginal cost.

From an economic and environmental standpoint, fracking is thus unlikely to bring large benefits for Europe: Shale gas might simply substitute for plentiful conventional gas. The best option for Europe might be to wait and let the market operate. Fracking is not yet a mature technology, and thus it is very likely to improve over time. Copyright: Project Syndicate, If you are going hunting it helps to have a light energetic runner to rise the game and a solid reliable retriever to bring it home.

In the current scramble to sniff out oil opportunities off the Irish coast, Providence Resources is the springer spaniel darting about in front of the pack. It has neither the capital nor the equipment to properly explore the licence options it has honed in on. However, it has proved itself able to identify enough potential to entice the big-money international players to open their wallets to retrieve the results. This approach has seen its stock price rocket after declaring that its estimates for the proportion of oil it expects to recover from Barryroe beat initial projections.

Last Wednesday, it told the world that 1. This, undoubtedly, strengthened its hand as it continues to look for investment and equipment to drill in other Irish basins. This company is a subsidiary of the Malaysian heavyweight Petronas, which already has successful gas operations off the Cork coast. In Barryroe, Providence increased its equity in , ahead of its planned bid to conduct a detailed test of the field. The deep water escapade at Dunquin, far off the Kerry coast, involves the mighty Exxon corporation and investors from South Africa and Spain.

The remainder is floated on satellite markets in Dublin and London with holdings spread among institut-ional and retail investors. Its current ambitions are focused on 13 sites, these are spread from close to the north Antrim coast to the seemingly abundant resources discovered at the Barryroe field of Co Cork.

It has other interests, off Britain, and has operated on shore schemes at the South Downs National Park on-shore in England. Providence Resources was obliged to draw up an assessment of the risks involved in the proposed drilling at Dalkey. The worst-case scenario is that it will lose control of the supply of oil while it is testing the well or breaking through the rock.

The second concern is that something will ram into the rig itself and the slick will be set loose. If a rig is lost, should it be hit by a ship or freak weather event, the expectation would be that there could be up to 1, tonnes of diesel and tonnes of oil from the reservoir lost to the Irish Sea. At such proximity to the shore, the effect would be great.

Anything in excess of tonnes is likely to cause significant environmental damage for at least five years. Experience of our neighbours, Norway and Britain, show that blowouts at oil rigs and major spills are rare. They are slightly more common in the exploration stage, but it is still a tiny fraction of a percentage point risk for every well that has been set up. Providence used studies from Norweigian and British drilling operations to assess the dangers. Each country had in the region of 60 tests a year. There are three exploration wells drilling in Ireland per year and, on this basis, Providence said the probability of a blowout would be expected to happen once every years.

If there was a disaster off Dublin Bay, Providence, as the primary operators of the Dalkey well, would have responsibility for responding to it. It would either have to seal the well off, trap the oil under the sea or tap the reservoir from a different source. The environmental response would be orchestrated by the Irish coast guard and a stockpile of containment equipment is in storage in Blanchardstown in case of emergency. These include inshore absorption booms, offshore containment booms, suction pumps, transfer equipment, and cleanup kits if the slick hits the shore.

THE recent announcement by Providence Resources that it has discovered up to 1. A new pamphlet by the Dublin Shell-to-Sea campaign details the enormous likely reserves of gas and oil in Irish waters and how the people of Ireland will see little or no benefit from these resources. However, under the current tax and licensing regime, the benefits of this massive wealth of natural resources will be enjoyed not by the people of Ireland but by multinational oil companies.

Ireland has an unprecedented system when it comes to taxation and revenue from oil and gas — a system put in place by Ray Burke and Bertie Ahern. This tax take on profits from oil or gas is by far the lowest of any country in the world. However, the story gets worse. Under the current regime, private oil companies can also write off all costs and losses going back 25 years before they pay a cent in tax.

In other words, the State gives away the gas and oil. In international terms Ireland has one of the worst deals in the world. The company can then off-set the costs later on as they get a share of the oil produced but they never get ownership. Most countries operate production sharing contracts where the state works with companies but without handing over ownership.

Energy Minister Pat Rabbitte defends our licensing terms by arguing that Ireland cannot afford the cost of exploration and drilling, therefore we have no option but to leave it to the oil companies. This argument is ludicrous in the extreme; there are many options.

Licences in future could stipulate that once a discovery is made, the state could step in and become a joint operator and take a share, on a sliding scale, depending on the size of the field. The other defence used by the Government is that, at least Ireland will have a security of gas or oil supply and there will be employment benefits.

Again, this is a false and dishonest claim. Under the current regime, oil companies are under no obligation whatsoever to supply the Irish market. The oil companies will have complete control over what they produce and to whom they sell it. Hopes for jobs are likely to be equally illusory. In addition to giving away huge revenue to the oil companies, the State has allowed the companies to bulldoze over environmental concerns, democratic consultation, and communities such as Rossport in Mayo at a huge environmental and social cost.

Crude alert: The facts behind Irish oil and gas exploration?